Feel free to use any pictures you would like from my blog, but I would like recognition please!

Well lets see so much has happened since March.  I did get Rayne to a trainer she stayed till May and was really nice but so big so I was thinking of selling but unsure if I wanted to deal with people and then I see a post of some guy looking for a tobiano paint horse taller than 15 hands.  Well how could i not resist putting her on there and so he asked a few things about her which I didn't know much since I hadn't done anything with her and she wasn't home yet.  I really tried to get him to call the trainer but he didn't want to.  I told Alex I had a guy interested and he even suggested they call him.  But anyways I brought her home on a Thursday and he come Friday and really liked her.  He was at the rodeo all weekend but wanted to come back Monday.  So sure whatever.  I just kept up life as if they didn't want her but they come Monday and I rode, his wife rode then he rode her.  It was a lot for Rayne but she just took it all in stride.  They didn't bring a trailer but they really wanted her and came back Wednesday and took her home.  No dickering on price or anything.  He did ask if we could measure her and I had no problem with that and she was 15.2 already lol guess she was tall.  She just didn't look it since she was fit. 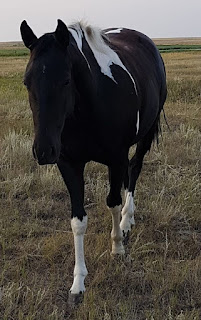 Otherwise not a lot of riding happened early in the year.  April 19 was my first ride on Jess in a year and a half and she was so awesome.  Then after a few rides I noticed she was short striding, kinda like a pulled hamstring.  We got her massaged and that all organized and through it all they told me to keep riding her, slow easy rides so I did.  Me and Char headed to Sandy McNabb that was a super cool day, woulda liked to go more it just didn't work out.  But I did get to Janice's and get to ride with her and Colleen for 5 days that was awesome.  Then the weekend after I had planned to go to the Donalda poker ride and it was 2 days of fun as well.  Then in October she decided to colic.  yuck.  my first bout with it, luckily after a vet trip and a lot of painkillers and oil she seems ok.  That was scary, never wanna do that again. 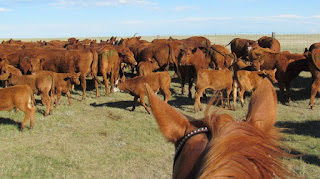 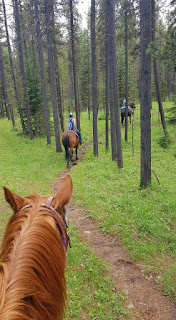 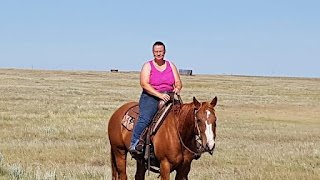 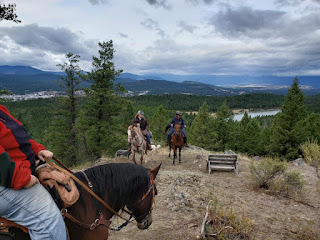 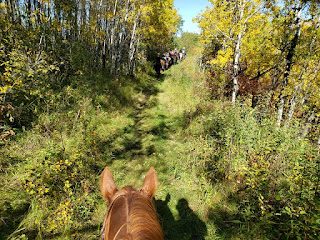 The colts are growing like weeds, still need lots of work but got plans for them to be started next Spring, Dixon is going to Doug's in March or April after hes started.  And Huck will get maybe 3 months on him and then Ill be brave and ride him. 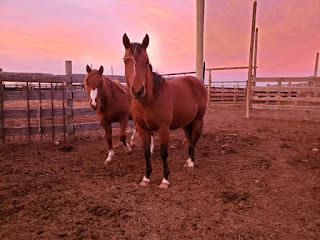 Won a breeding in a Facebook auction to a super cool paint horse so I bred Razz to him, I think it will be a good cross, hes proven, does everything, And his babies are doing western pleasure, jumping, English, roping, trails.  Sounds like a good cross.  Im excited for this, hes also homozygous for tobiano so the foal with be a paint.  Hes bay so lots of colors available, I am not picky lol 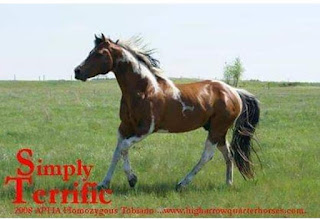 Of course my nephews came out and helped us for a couple months each this summer, it was great and we got so much done. 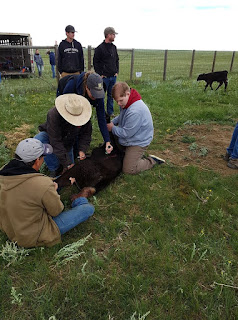 And the cats are still around and still goofy as ever.  Copper discovered climbing trees this year.  Hes not good at it and didn't wanna come down.  Neil rescued him the first time and then we made him do it himself the second time. 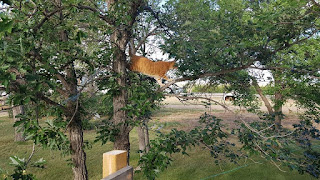 Been crocheting some, went to 3 craft sales this year, sold quite a bit and so that was nice now I can buy more yarn :) 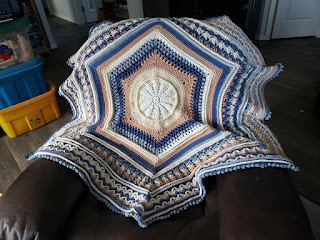 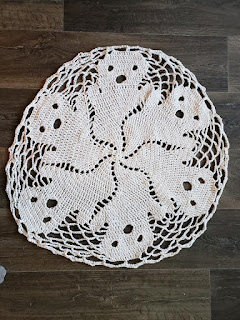 We lost the door to the Quonset in a nasty wind storm and so this fall got an overhead door put in man is that ever nice, we sure are spoiled now. 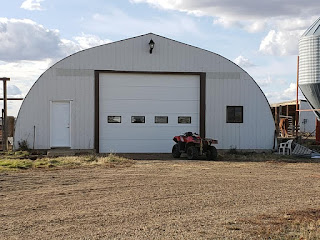 I also been working on the greenhouse, almost tore it down but decided to pull out the built in beds and re did the roof, painted, laid a brick floor and I love it now!  still needs eaves troughs and doors but its so big inside there now. 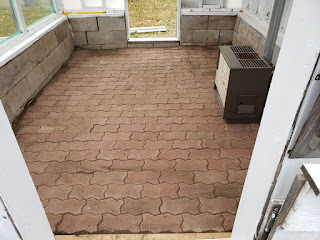 Ill try to blog more but I am so rarely on the computer it just is a challenge.  What I really need is a new computer but I don't even know what I want.
Posted by Crystal at 3:09 PM

Crystal
I am a housewife with no children (except the fourlegged kind) who lives on a ranch and cares for 8 horses, including my cutting horse, and 2 cats. We also have 225 cows and land to run them on and to ride on. I enjoy riding my horses in the arena and out, by myself and with others. 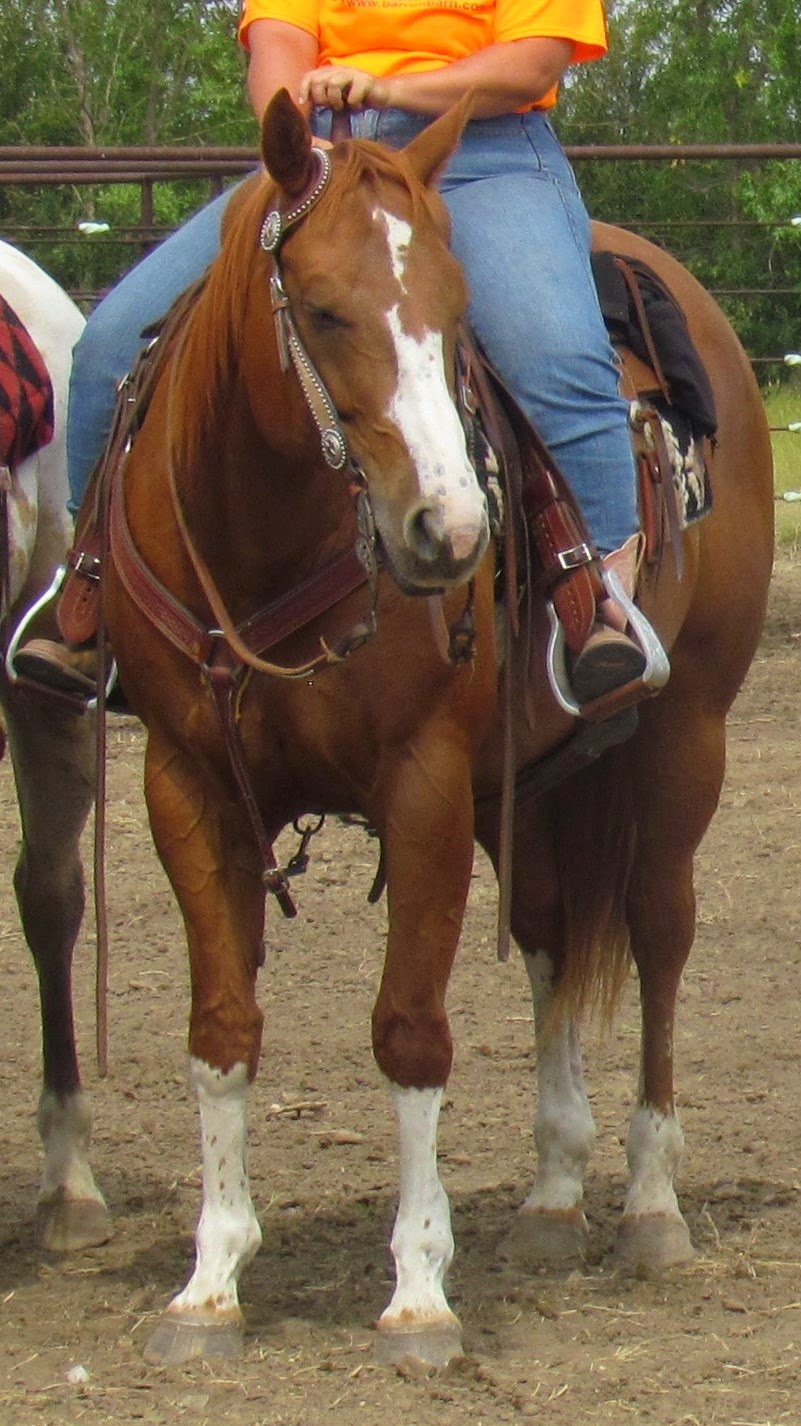